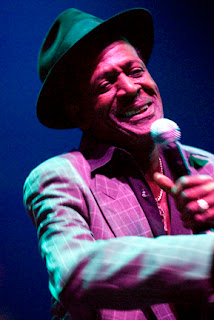 Lee Abel has had a passion for documenting the world around her through photography since she was a young child.  She took her first trip to Jamaica in 1979 to photograph the Rastafarians.  Since then, Lee’s photographs have graced the covers of over 70 reggae music albums, CDs and DVDs, countless magazine covers and articles in both America and Europe, a number of websites, and two editions of Lonely Planet’s guidebook to Jamaica.  Many of her documentary and music photographs are on permanent display at the MOAD (Museum of the African Diaspora) in San Francisco.  Please visit her website at www.reggaeportraits.com or contact her for more information on her work at leeabel@mindspring.com.
Posted by Rasjohnmon at 7:35 AM No comments: 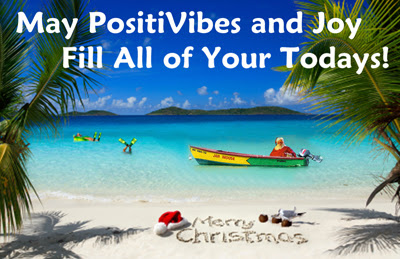 Here's a three CD megamix of PositVibes to take into the New Year! May Joy and Love fill every one of your days in 2014!
Posted by Rasjohnmon at 10:50 AM No comments:

So today is the first day of July. July is going to be a very exciting month. Let's start off with a dose of gratitude. Even if it is a cloudy day the sun shines brightly on our planet bringing it warmth and huge amounts of energy. That's an amazing thing. We don't have to do anything to make it happen - the most important factor for us to be on this particular stage playing our parts in this play of life just is. That's good for a little gratitude - you can understand why the Egyptians thought of the sun as God - Ra. Then there is all of the beauty around us... sky, clouds, trees, flowers, the breeze, the rain, the ocean... a world of majesty and wonder. Birds chirping and flying around in the cool early morning air. Then there is your body. Breathe going in and out, heart beating; thousands of functions go on all without you having to do a thing to control it. All you have to do is let it happen and taking the time to be appreciative will make you feel good. Feel the wonder and amazement. Don't just take it for granted. Consider the complexity and majesty of this multi-dimensional world we live in. It is a field of unlimited possibilities. Here's an important note though. While so much goes on without your needing to make it happen, you actually are one of the designers of what manifests for us as reality. You are not just a spectator. You are in charge. You can just go with the flow and have a very uneventful life. You can worry about lack and limitation and be judging of everything and get angry and have a tumultuous life filled with trials and error. But you can also sharpen your skills and become a deliberate creator of your own reality. What do you want to happen today? What are you putting in the script of your movie? Let's make it fun and everything else will fall in place.
Posted by Rasjohnmon at 6:01 AM No comments:

Happy Birthday to a Hero of Freedom

Today we celebrate President Lincoln's birthday. As a hero of our nation, he has got to be in our top 10. The fact that slavery was ever acceptable in this "free" nation is deplorable and if it were not for the bravery and conviction of Lincoln we might have tolerated it even longer than we did. In a nation that was founded upon individual liberty, it is a testament to our lack of sophistication and consciousness that it was ever deemed acceptable to not grant the same basic rights to people of all colors and sexes. Today, let's take a few moments to consider how important this awareness is and remember that as a World Society, we still have a long way to go. Much intolerance for any "difference" still exists be it ethnic origin or religion or social status. Let's pray for more "Lincoln's" to stand up and take a stand for freedom of the individual and a realization that we are all part of a single world family. Let us work to raise up and empower everyone we can - we will all benefit. Happy Birthday to Abe Lincoln and Thank You!
Posted by Rasjohnmon at 9:17 AM No comments:

On the back deck at Club Tropical

Life is good. In the hustle and bustle of day to day life it is good to take some time each day to turn off the devices and soak up the natural world. Its even better if you can construct a special place in your mind, imagined or real, where you can go... a beautiful, friendly spot where you can sit back and relax. The core of you has a direct connection to the energy flowing through the entire Universe but all the activity and chatter around us easily distract us from that line of contact. Then there is our brain... the bio-computer that keeps our physical body functioning and runs the programs we have installed - it thinks it is You and Me - thus we, you can easily get confused and forget that you are so much more than what goes on in the little head of yours. That's why making that place to go to is so important. That's why every Spiritual tradition includes some form of meditation. It is very useful to turn off the world for 15-20 minutes a day and just imagine life exactly as you wish it. That's why I am sitting out on this back deck listening to the waves in the distance, the soft rustling of trees and plants, a few birds... the chair is comfortable and all is right with the world. Come join me. One Love, Rasjohnmon
Posted by Rasjohnmon at 5:20 AM No comments: 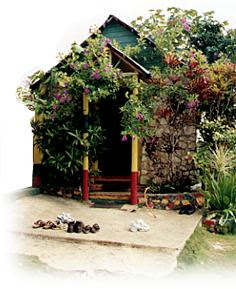